Countering the Terror Threat at Home and Abroad

Discussion with Gilles de Kerchove, EU Counter-Terrorism Coordinator on the EU’s CSDP: Countering the Terror Threat at Home and Abroad  at Brussels, Belgium.

Migration is dividing Eastern and Western European Union countries, including even those countries which are not accepting any immigrants at all. The threat we face is that of terrorist groups inspired by Daesh (The Islamic State of Iraq and the Levant) and al-Qaeda. We have been subjected to a wave of terrorist attacks, for example in Turkey, Brussels, France, Jordan and in Tunis.

Al-Qaeda is still active in Iraq and Yemen and Daesh is the most powerful terrorist organisation in history; they have easy access to weapons in Iraq and Syria. Moreover they are smuggling goods to Saudi Arabia. What are the consequences of this? There will undoubtedly be further terrorist acts in the future, and a special challenge to deal with is the fact that many terrorists have dual citizenship. Terrorist groups own many hotspots in which to recruit and train new soldiers. al-Qaeda has a smarter modus operandi than Daesh and has proven able to learn from their mistakes. Moreover, they are trying to pursuit their soft power among citizens of African and Middle Eastern states.

The weakest states are a breeding ground for terrorist attacks. The main factors are: (I) ideology – the main driver being radical Islam, and also the adoption of Marxist vulnerability (exploiting the socio-economic situation in which citizens  have no money and little education, and are easy manipulated) (II) Internet access and the ability that confers to spread their message to other citizens in the Middle East and Africa and finally (III) Weaker security; we have a  lower level of security control in these states than has been the case historically.

Concerning the attacks in Brussels and France, we can see that there was very good logistics and organisation on the part of the terrorist group, with everything having been planned down to the last detail. The terrorists were already criminals before perpetrating the attacks, and they were able to easily use their contacts to obtain weapons. They used the immigration wave to obtain easy access to Europe. Additionally, they used encrypted communication by telegram.

We have to optimise coordination of the different EU states who have diverse platforms, and try to find a way to share information between all EU states; this is the only way we will be able to prevent terrorist attacks in the future. Firstly, gathering information from air tickets (for example: luggage, citizenship, from which country to which country, what accommodation does she/he have) – and, if anyone has dual citizenship, does not have any luggage, and came from a  “dangerous” country then we can mark him as a security risk who has to be kept under surveillance.

There are about 1.7 million immigrants in Germany who we do not have any fingerprints for, whose names we do not know, nor even from which country they came, … The European Union wants to enforce security in our region.

Terrorists have undergone active and passive training, they are sponsored by their groups and are recruited within the European Union or in Syria or Iraq. We have to achieve digital evidence, which is a global agreement goal; this will entail direct access to applications such as WhatsApp and Instagram, … to prevent further terrorist attacks, but if we want to obtain information from these applications, we have to wait until the US gives clearance and at present, it is not possible to perform a quick analysis of dangerous persons’ data through these important applications.

Historically, when prospective terrorists were trained directly by terrorist groups, they had to have physical training. Today, training can easily be completed over just two weeks over the internet and propaganda plays a major role in the world. We have to apply very critical thinking. To avoid further terrorist acts, we have to think/analyse all imminent possibilities (we never imagined in the past that terrorists would use aeroplanes to perpetrate their atrocities). Secondly, we have to enable prevention and security measures and achieve integration – we still need better integration between all member states of the European Union. Finally, we have to work towards the development of an  Islam that is compatible with the European Union, as more than 30 million Muslims are currently residing in the EU and this is will be the only way to prevent radicalisation in their communities.

The Brexit vote has left us in crisis, and the only way to prevent the next potential “exit” is to integrate more and secure the EU. Brussels is more mobilised than ever before in trying to achieve these goals. 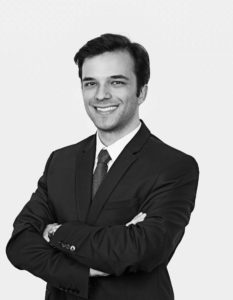